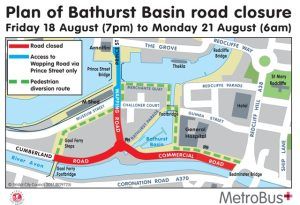 To allow beams for the new bridge to be lifted in place, the existing Bathurst Bridge will be closed from Friday 18th August at 7pm to Monday 21st August at 6am. Volker Laser (the contractors) have sent a Road Closure notice to some Merchants Landing residents but many are yet to receive it. Use this link to download the letter.
END_OF_DOCUMENT_TOKEN_TO_BE_REPLACED

“People have contacted me regarding this bus shelter, which is oddly placed in the pavement. The cycle path runs directly in front of it, and occasionally anti-social cyclists zoom past the front of the shelter as people are leaving or entering it – causing a collision risk. I contacted the Metrobus people, and they have agreed to put some ‘Cyclist SLOW’ markings on the cycle route; and to consider putting some ‘rumble strips’ along the path in front of the shelter.”

Friends of Avon New Cut (FrANC) are organising a Botanical Walk along the New Cut on Sunday 25th June. To join the walk, meet at Gaol Ferry Bridge (Coronation Road side) at 10:00am.

The walk will last approximately 1.5 hours and a small donation of £2 per person will be requested as a contribution to FrANC funds. There is no need to book formally, but if you would like to take part it would be helpful if you could email derekwhughes@btinternet.com so that they have a rough idea of how many people to expect.

On Sunday 11th June Merchants Landing will feature as part of an urban orienteering event organised by Bristol Orienteering Klub. The full event takes place over the weekend and covers the Harbourside from Temple Meads to Cumberland Basin. The impact on the estate should be very low with just a couple of checkpoints located on street lamp posts within Merchants Landing and a couple of others nearby. Residents may like to watch out for the occasional orienteers at any time between 11am and 1.30pm that day. END_OF_DOCUMENT_TOKEN_TO_BE_REPLACED 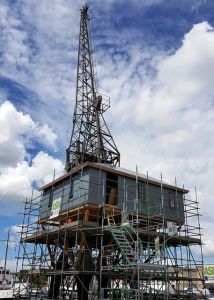 Crane 29 – a one-bedroom ‘treehouse’ conversion of the crane next to Prince Street Bridge – is expected to open this summer. The crane is one of four listed cranes dating back to the 1950s when up to 40 lined the docks. The conversion is the idea of glamping holiday specialist Canopy & Stars and will be available for just four months from June. Canopy and Stars assure us that ‘in late September it will disappear but not before leaving the world a little greener.’ END_OF_DOCUMENT_TOKEN_TO_BE_REPLACED 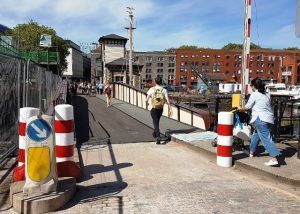 The 138-year-old Prince Street bridge was closed in August 2015. We were told that the bridge would be closed for six months – possibly more, possibly less.  One lane of the bridge was finally reopened for pedestrians and cyclists on Monday 22 May. END_OF_DOCUMENT_TOKEN_TO_BE_REPLACED

END_OF_DOCUMENT_TOKEN_TO_BE_REPLACED 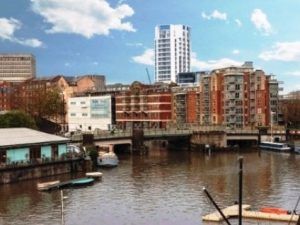 Planning permission has been granted to Change Real Estate’s proposals for land bounded by Redcliff Street, St Thomas Street and Three Queens Lane. The redevelopment is to provide 274 residential dwellings, a 186-bed hotel, cafés and restaurants, a food hall and office space. Included as part of the development is a 22-floor tower block (as in the montage on the right), which will dominate the Redcliffe skyline. END_OF_DOCUMENT_TOKEN_TO_BE_REPLACED 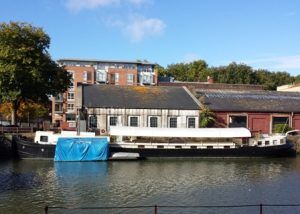 Writing on behalf of the Commodore and Committee of the Cabot Cruising Club, a number of residents of Bathurst Parade and various boat owners, Jan Walsh has written to City Planners about an implication of the proposed O & M Shed development on Welsh Back. END_OF_DOCUMENT_TOKEN_TO_BE_REPLACED