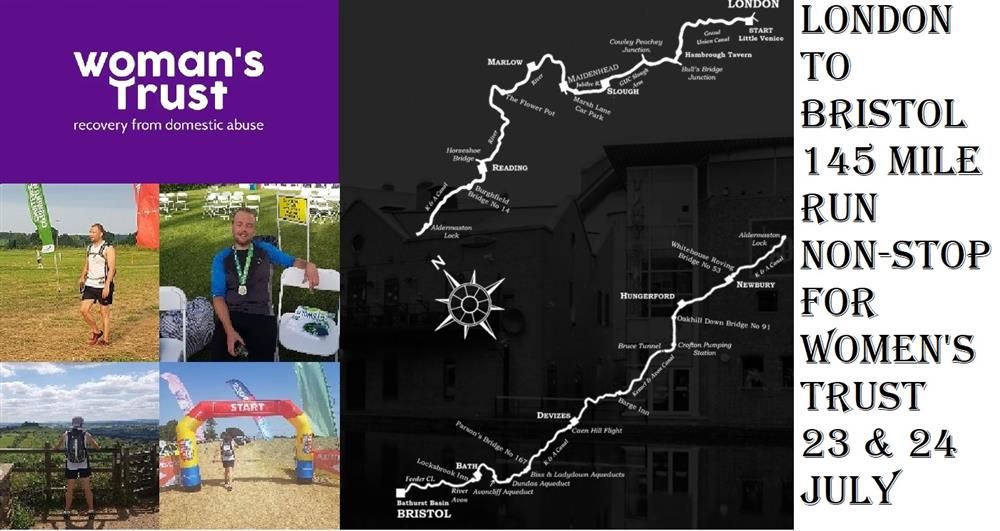 On 23rd and 24th July 2021, Merchants’ Landing resident Phil Stannard plans to run the London to Bristol Ultramarathon (145 miles, 5.5 Marathons) in aid of the Woman’s Trust which supports women affected by domestic abuse. Domestic abuse affects 1 in 4 women in the UK; it is the biggest single cause of female depression and mental health problems.

Held under UK Athletics rules, the race is from Little Venice, London to Bathurst Basin. The route takes in the Grand Union Canal towpath to Slough, the Jubilee & Thames River paths to Reading, the Kennet & Avon Canal path, finishing at the John Sebastian Lightship in Bathurst Basin.

Phil aims to make the finish line during the afternoon of the 24th July.